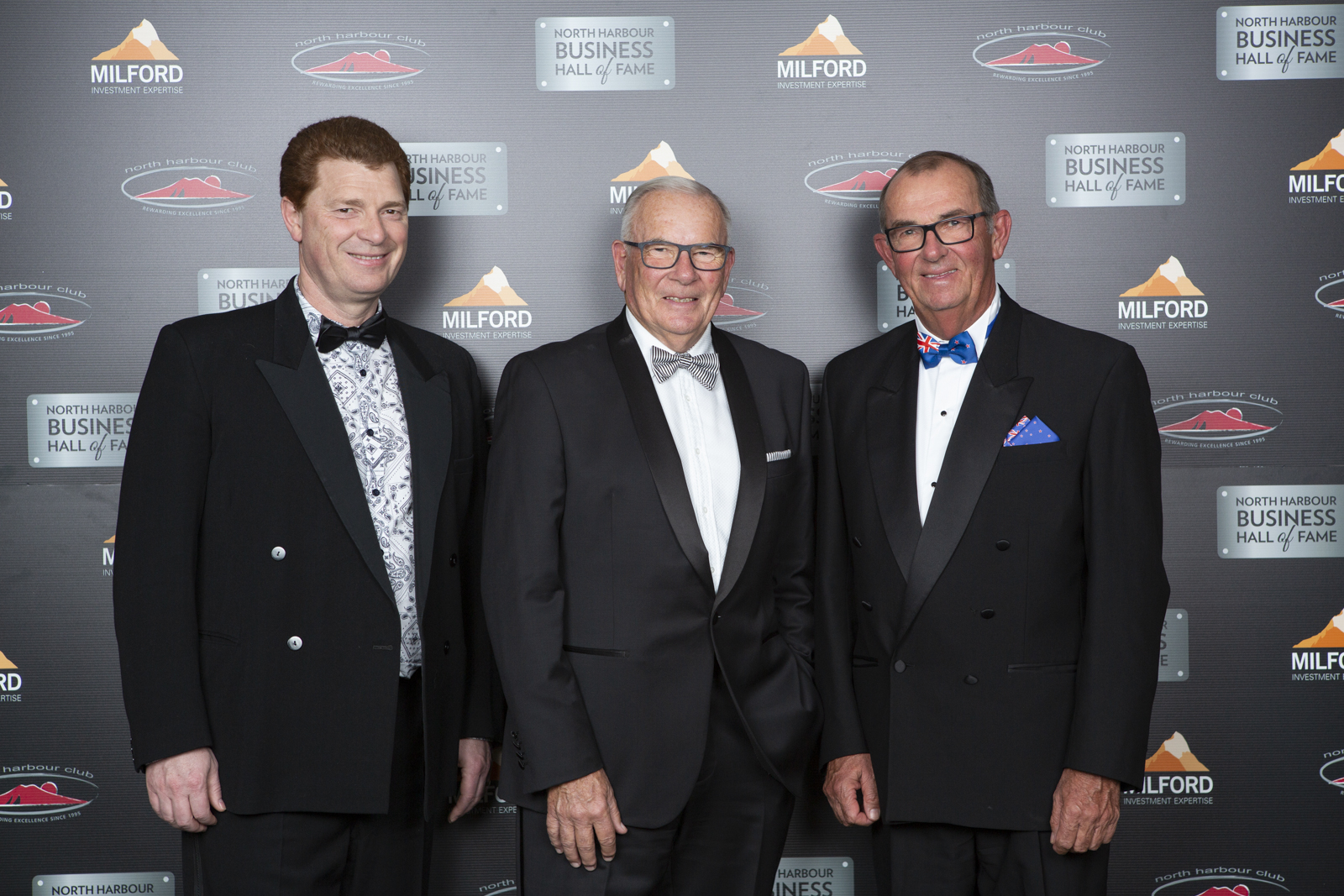 Each new laureate has been selected for their significant contributions to the region, both in business and the community.

Phil Brosnan, President of the North Harbour Club, had this to say in his opening remarks, "I am delighted that we are once again hosting this annual event, having taken over the management of the Business Hall of Fame back in 2015. This venture was driven by Past President Aidan Bennett, and has developed significantly over the past three years. Today we continue to see the Business Hall of Fame as being a great match with the club's ongoing programme of rewarding excellence in our region.'

Guests at the dinner were treated to two guest speakers, Brian Gaynor of Milford Asset Management the key event sponsor, and AIMES Alumni and North Harbour Club Ambassador Cam Calkoen. All the photos from the evening can be found here.

To be considered for induction, a nominee must be a current successful business leader, whom has applied their skills and success to also benefit the community. Nominations are open on an ongoing basis and Laureates inducted annually.

Further information on the 2018 Laureates, including their videos played at the event, can be found here: