Shaking hands with the US President and First Lady at The White House before performing in front of them for a 4th of July concert – it’s the stuff of dreams for any musician. AIMES Award winner Vanessa McGowan is still in shock that this was her reality earlier this month.

“Just before showtime, we were all told to line up in name order and were taken through one at a time to a room set up with the Bidens and a camera team. I was so nervous that I can't remember what I said to them, but he said to me ‘Hi, I'm Jill's husband Joe, thank you for being here!’ And I shook both their hands. It was so crazy seeing him up close and in person like that - it felt like a character in a book come to life or something!”

Vanessa got the dream call up to play at The White House a week before the 4th of July, she explains. “I've been playing bass for Jennifer Nettles for the last few years and, a week before, I got a message from the bandleader asking if I was available on Sunday for a performance - at The White House! After I got over the shock of that request, I cleared my schedule and started brushing up on her songs!

“The band flew in from all parts of the country late Saturday night and we spent the morning of the 4th rehearsing on stage on the South Lawn of The White House. Our green room was the China Room, which houses The White House china collection and we were escorted through the West Wing to get to the medical area to have our Covid tests.

“We saw the doors to the Oval Office with armed guards posted outside. There was Secret Service everywhere and snipers positioned on the roofs of the buildings. Security was very tight; we had to be escorted basically everywhere we went.

“At show time, President Biden and the First Lady were on stage to address the crowd and then we played our 30-minute set right before the huge fireworks display started.” 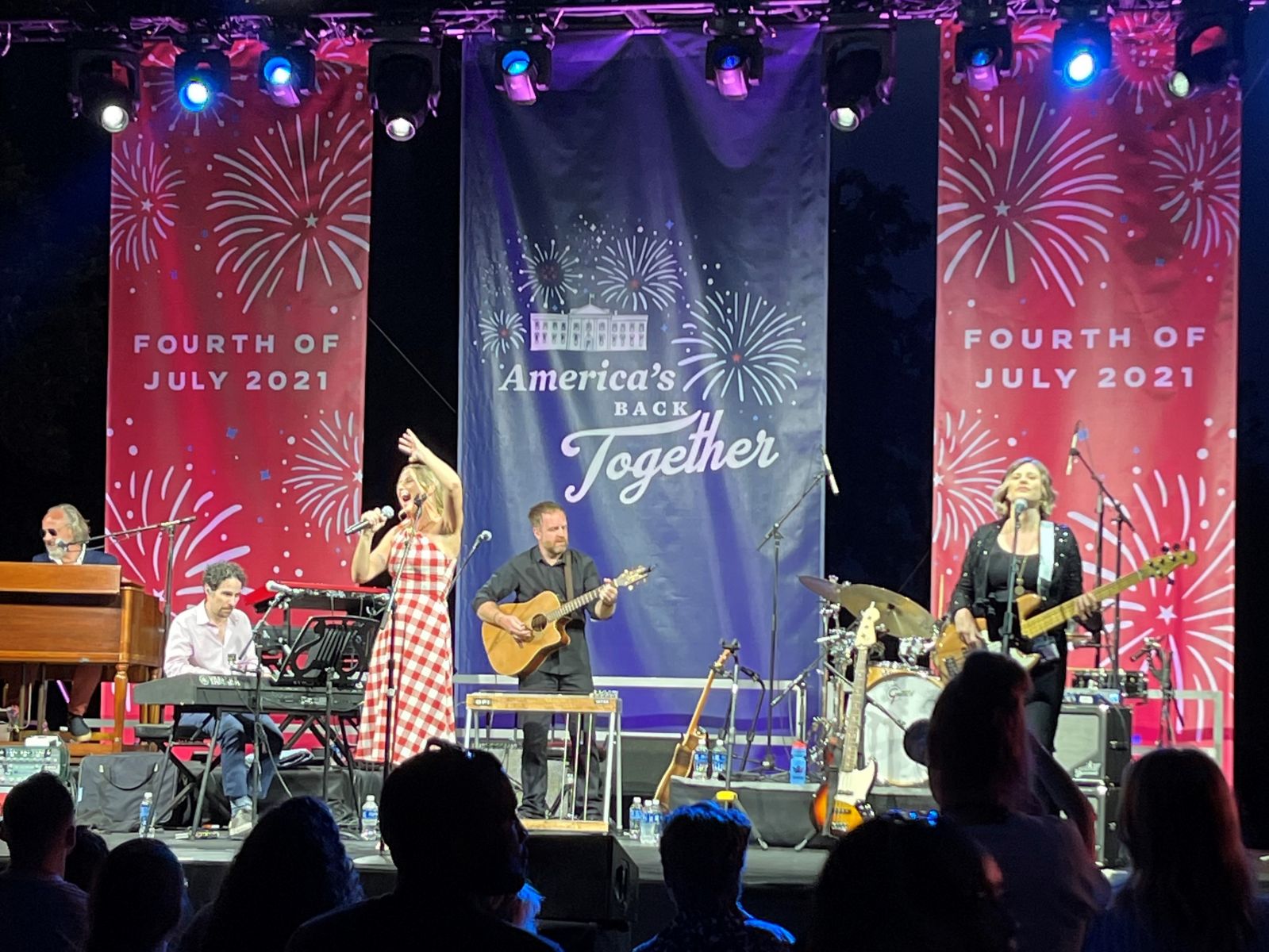 The gig-of-a-lifetime comes as stark contrast to the challenging past year for the 2001 AIMES music category winner. Now based in Nashville, Tennessee, Vanessa couldn’t have foreseen what would lie ahead when she returned there from New Zealand last February.

“I got back to the US on March 2nd - the day the tornado hit Nashville. I was so jetlagged I ignored the sirens - I live across from a community centre and the siren went off frequently even when the wind danger was tens of miles away, so I got numbed to it! I woke up the next morning to 50 missed calls and messages from people checking if I was ok, and thankfully my neighbourhood wasn't hit.

“A couple of days later, I flew to New York City to do some national morning TV promo for the tour Brandy Clark was supposed to be starting a few days later. Covid was a murmur at this stage, so I flew to Wisconsin to visit my long-distance boyfriend for what I thought was to be a week, before the tour started.

“With Covid closing everything down, I ended up staying all year, working for him in his retail business during the summer and spending 6 months as a music writer for the local newspaper while also launching a music coaching business called Pro Music Guide, which teaches independent musicians DIY marketing and promotional skills to help them build their careers. It provided a great creative outlet during the gig-free year and a way to help my fellow musicians and give back to my community.

“The tour that was meant to happen last year is now happening in 2021 and I'm looking forward to getting to tour the wonderful album Brandy released last year!”
Vanessa is keen to return to New Zealand when border restrictions allow. “This is the longest I've been gone without a visit home and I'm incredibly homesick! I love living in the States and pursuing this career, but I'm still a Kiwi at heart and I need a dose of home as soon as possible!”

She recalls fondly – and gratefully – the impact of her AIMES win here in the North Shore. “I bought my first proper bass amp with my AIMES winnings, so it's safe to say it had a huge impact on starting the professional stage of my bass playing career!

“I think, more importantly, the recognition and support of AIMES at that stage of my career gave me confidence in pursuing it. That confidence and sense of surety that I was on the right path was worth more than any prize money.”