It was an amazing opportunity to sell out shows and also had several opportunities to play the lead role of the 'bad guy' which was a dream come true! His first lead role was in Albuquerque, New Mexico on his 21st birthday! It was amazing and his family flew to Florida to see the final few shows, a special time for all.

Murphys Celtic Legacy tour has now finished for 2019, and Harry is hoping to join the company again in 2020 to head to the UK, America, Europe and North America.

It is currently touring Australia in sold out shows, and is coming to NZ and the Aotea Centre AUCKLAND on September 20th.. Harry is thrilled to be performing in his hometown of Auckland in front of so many family and friends.. 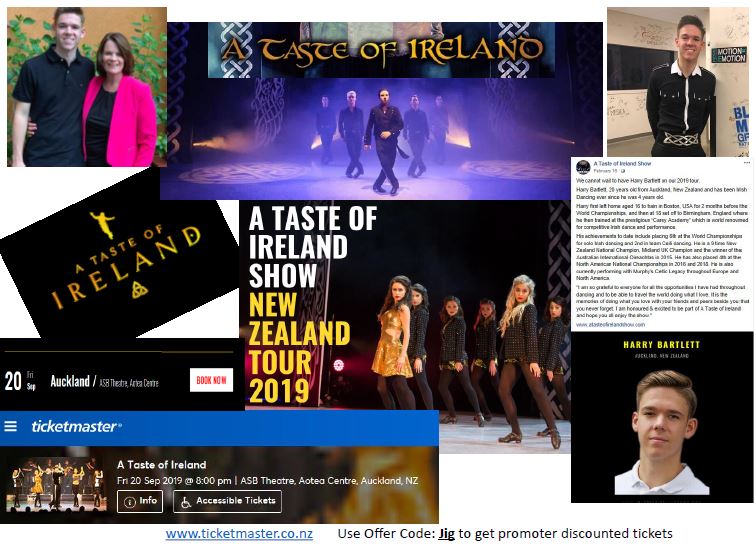 It is going to be a wonderful event and we would love to see some of you there. He is excited to perform and showcase his love of dance in this world renowned dance troupe!