Glad to be giving guidance

Providing the kind of support and guidance to young people that she herself received, is one of the reasons Michelle Fan has chosen to support the new AIMES Awards Excellence Support Programme.

“I’m really lucky to have had my parents who gave me really good guidance. Now, having two children myself, it’s great to see their growth and offer guidance along their journey. I think there is a lot of guidance needed for children in terms of their wellbeing and growth, in many ways.”

North Harbour Club Trustee, and Sponsor, Michelle came to New Zealand as a government exchange student at the age of 15, a rare opportunity to experience life overseas without being a private fee-paying student. She lived in the South Island and met her future business partner, Sky Cai, whilst at high school in Invercargill.

After completing a business degree at the University of Auckland and a Master’s in Construction Law at Massey University, she founded Precise Homes with Sky. Now, the company has an annual turnover in excess of $200 million and is striving to keep up with demand for housing stock, currently completing around 300 units of housing – largely apartments and terraced houses - a year.

“We are not only doing the work and making money,” says Michelle. “Being socially conscious and community conscious is very important to us. We care for the North Harbour area, and the country’s future, basically.”

Now living in Birkenhead, after 10 years in Albany, Michelle has two children, Isaac and Hugo, aged 10 and eight. She is keen that they grow up surrounded by positive role models and has introduced them to North Harbour Club events so that they can see and hear AIMES Award winners whose career paths and successes they may wish to emulate.

“It’s great to hear the guest speakers from different industries and it’s excellent to see so many good people around! It’s a gathering of a great group of people with similar mindsets,” she says. 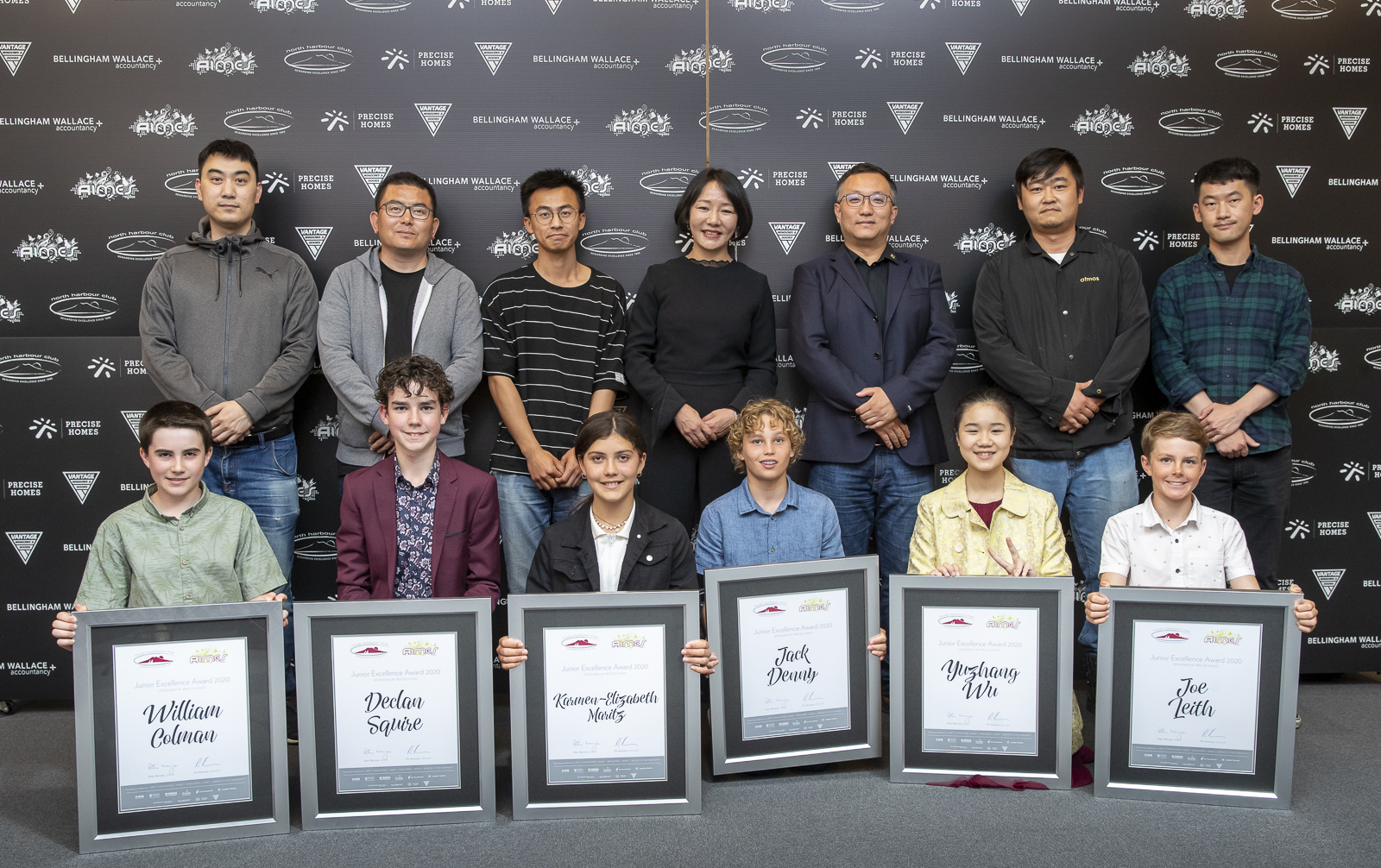 “Giving guidance is not only about sending children to school each day. It’s about so much more, such as taking them to practices, looking after their wellbeing and encouraging them along the way. It’s also about helping them get out there and meet other excellent people! That’s why we’re pleased to support this programme in particular.”

The newly established AIMES Awards Excellence Support Programme will offer the 350+ AIMES winners of all ages and categories, ongoing support through networking, online resources and training, access to mentors, events and workshops, as well as use of all the physical resources at Shore Junction youth hub in Takapuna.

North Harbour Club General Manager Christie Stuart said, “Over the years, we have become increasingly aware that while the grant funding these young people receive is incredibly valuable to them at the time, it is even more important for the longevity of their careers and their personal wellbeing that we offer support and assistance alongside the grants – in the year they receive their award, and ongoing.”

The initiative was due to be officially launched at the Club’s AGM on August 18, which was postponed due to New Zealand's lockdown. This initiaive will be launched and introduced to all of the 2021 successful AIMES Award winners at their respective Award Functions later this year.

Michelle added, “We want to show our appreciation for all the great people in this club and the important work they do. I was always taught to be kind and to give without asking for anything in return. These are values we share with the club.

“We are very pleased to be supporting this new programme, because it doesn’t matter how old these excellent award winners are, they still need guidance.”