Powerlifter Kanah Andrews-Nahu is used to having a weight on her shoulders, or rather, above them. With close to 200 weightlifting records, including being the first Kiwi to win a gold medal at the Junior World Weightlifting Championship, the 20 year-old has just returned from her first Olympic Games and found time to answer some questions in between essay writing in MIQ.

Studying full-time for a Certificate in Health Science in her third year at the University of Auckland wasn’t the only distraction to her Olympic preparation. “Prior to our departure, I was studying full time and I had a cortisone injection in my back as I have a congenital deformity, whereby one of my lumbar vertebrae have become sacralised.

“This caused a lot of mental stress and great discomfort not only during training but during my studies as well. My only concern was trying to get in shape for the Games.”

Managing to overcome the pain and make it to the lifting stage in Tokyo was an achievement against adversity. Gaining recognition for becoming an athlete in the top tier of international lifters in her weight class, after smashing dozens of records in the sport, Kanah had to carry not only the weight of the bar. She placed 13th in the 87kg category, with lifts of 49kg in the snatch and a 112kg clean and jerk.

“My performance was far from good, in my opinion. I have a lot of room for growth mentally and physically, but this experience has made me realise how much growing I need to do.”

The opportunities that surrounded the event helped add to that learning experience. “One highlight of the Olympics was just being there myself, and another was watching my teammates compete. “I never felt prouder to be on a team of elite athletes, it was truly breath taking,” she says.

One of those teammates is fellow North Shore weightlifter Cam McTaggart. “My favourite Olympic moment was watching Cam McTaggart lift. It may sound a little bit biased because we train together, but he's my buddy and he owned every moment of being on the platform. A true athlete.”

And what’s next for Kanah?

“The next thing for me is finishing my studies at university for the year and qualifying for the Commonwealth Games. This is my third year of studying, however, and I do plan the change my path slightly so I can balance university and training better. Before this, I was doing a Bachelor of Health Science part-time at AUT.”

The support she received from the North Harbour Club as an AIMES Emerging Talent Award winner in 2019 helped Kanah get to the Olympics. She says, “Winning an AIMES award helped me with qualifying for major events like the Olympics, as weightlifting is a self-funded sport, and we are required to compete from six to seven times internationally in order to qualify.”

“If you are an aspiring athlete that needs support, don't be afraid to ask/apply for it.” 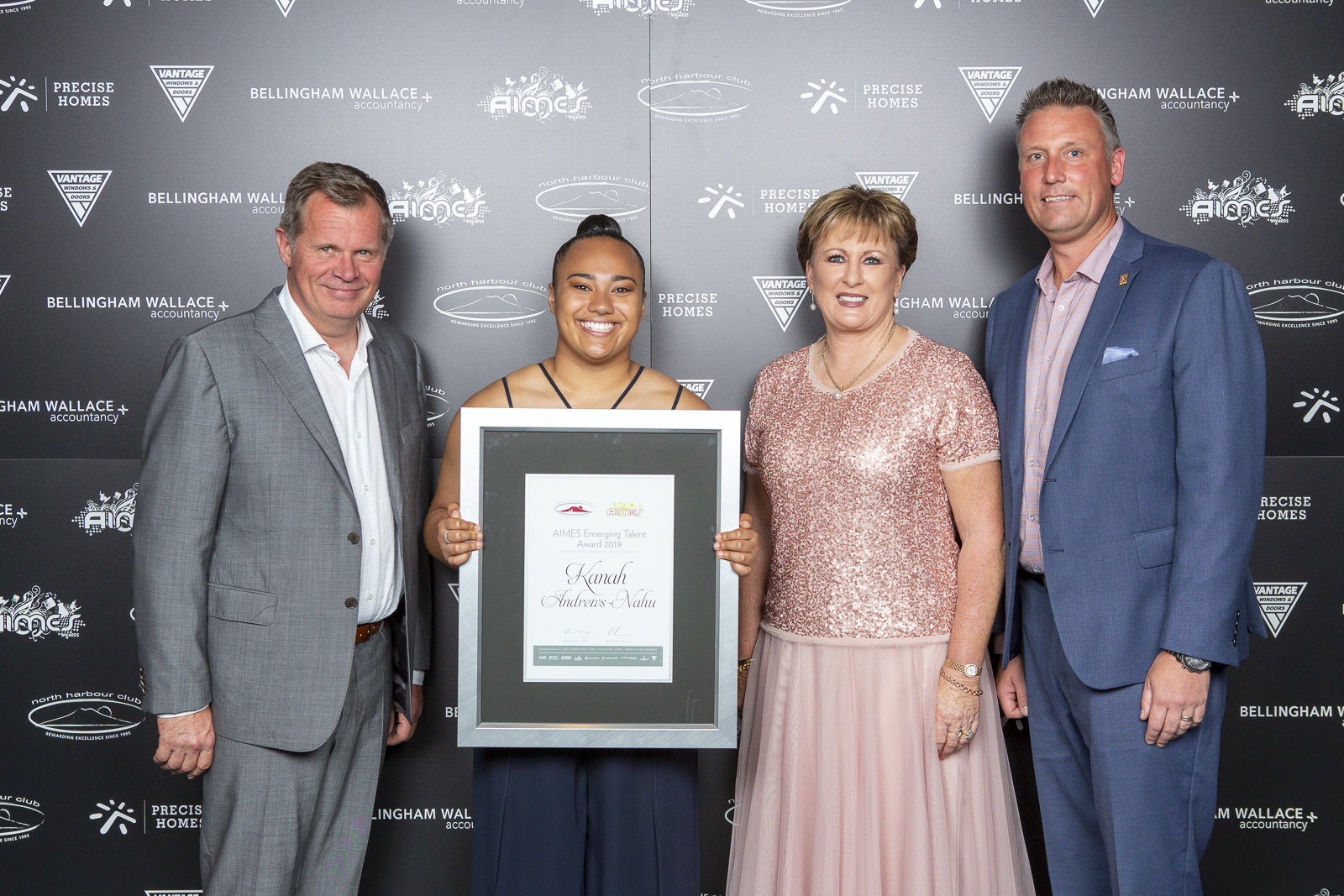