Liz Blackwell’s desire to lend a hand is rooted in her childhood. Liz’s mother had muscular dystrophy, and only child Liz played an active role in helping to care for her.

Her love of Takapuna also stems from childhood. She used to visit on holiday with family friends, Ian and Yvonne Munro, and credits them with giving her not only some wonderful holidays to remember, but a lasting love of the Shore. “Never in my wildest dreams did I ever think I would end up living in Takapuna,” she smiles.

Much of Liz’s life has been lived beyond her wildest dreams. Her most potent wish was to have children, against the odds. Muscular dystrophy ran a thread through Liz’s family that had prevented her parents having any more children after her, and also struck her aunt and cousin.

“My mother prayed every day for 20 years that, one day, I’d have children,” Liz says. She recalls the day, as a primary teacher in Matamata, being on the school field when she was handed the school phone to be told by a geneticist that she could. “I just about fell over on the spot. I went back to my desk, and I cried and cried. All my life, I’d thought I’d never be able to have children.”

Liz met Paul Blackwell in the local Matamata bookshop he owned and which she worked at during her university holidays while studying to become a teacher. They married despite believing, at the time, they would never be able to have a family. Now, with four children of their own, Liz and husband Paul have carved out a rich life that stretches way beyond finances.

“We were people who always wanted a challenge,” she smiles. “We had the bookshop in Matamata, then we opened Paper Plus in Thames and Rotorua. We were about to open one in Hamilton, when the chance to go into supermarkets arose.” Matamata New World became theirs and, three years, later, they made the bold move north to start a new Pak n Save, in Albany.

“The area was covered in trees and fields when we took it on,” remembers Liz. That was 23 years ago. When they sold it earlier this month, it had the highest turnover of any supermarket in the country.

Being bold has served the Blackwells well. Liz describes how the couple decided they wanted to give back to young people via one of two avenues: music or sport. They chose sport, stepping into the high pressure, media scrutinised sporting sphere with the purchase of The Breakers basketball team.

“That was tougher than anything we have done,” says Liz. “It was all an unknown to us. The media was tough, and we didn’t sign up for that. We were doing it for the good of the basketball community.” 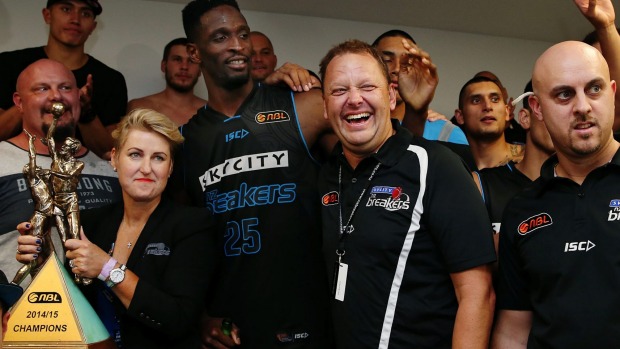 What they achieved over their 13-year tenure in transforming a failing, relatively unknown team into a four-time Australian NBL Championships winning side, was remarkable. “We couldn’t even give tickets away to begin with!” Liz recalls. They went on to create not only New Zealand’s most successful sporting franchise, but one with a strong reputation for providing an attractive, healthy environment for players, on and off the court. Running community basketball programmes and giving away over 50,000 basketballs to schools are among the acts of added value the Blackwells brought to The Breakers’ business, creating a community that stretched way beyond the team.

Giving her time and energy to Heart Kids, Starship Children’s Hospital, YES Disability and many more charitable organisations, is an integral part of who Liz is. Her youngest son, Matthew, has had multiple open-heart surgeries, with further surgery planned for next year, meaning Heart Kids is a particularly important charity to her and Paul. They give a lot more of themselves than they divulge, ‘under the radar’. This manner of contributing is one of the standout traits of Shore people, Liz believes, and one she greatly admires.

Today, Liz and Paul are the co-owners of Burger King, Starbucks, Hannah’s and Number 1 Shoes in New Zealand, with recent store openings and other planned redevelopments in the pipeline. Liz is also a Board Member of the Well Foundation, the official charity of Waitemata DHB.

Citing fellow North Harbour Club members as inspiration as she begins her tenure as club patron, Liz is serious about giving her all to the role. “I have always loved the North Harbour Club and what they do. I look at two people in particular – Hugh Stedman and Gary Monk ­– and I want to emulate them. The love they have for the Club has been instilled in me.”

Like her, and husband Paul’s, induction into the North Harbour Club Business Hall of Fame back in 2016, Liz accepts the honour to be patron with gratitude and a will to contribute significantly. Liz is already an active member of the Hall of Fame judging committee, but knows there is much more she can add.

“I’m so honoured to be invited to be the Club’s patron. I felt quite overwhelmed at being asked. I take this role very seriously and I want to do the best I can do for them. I will commit 100%.

“Paul and I believe we are either hot or cold on anything we take on – we’re never lukewarm!”

Her unwavering belief in working for the good of others dictates that, despite her level of commitment never being lukewarm, behind all the success and dedication, the warmth is always there. 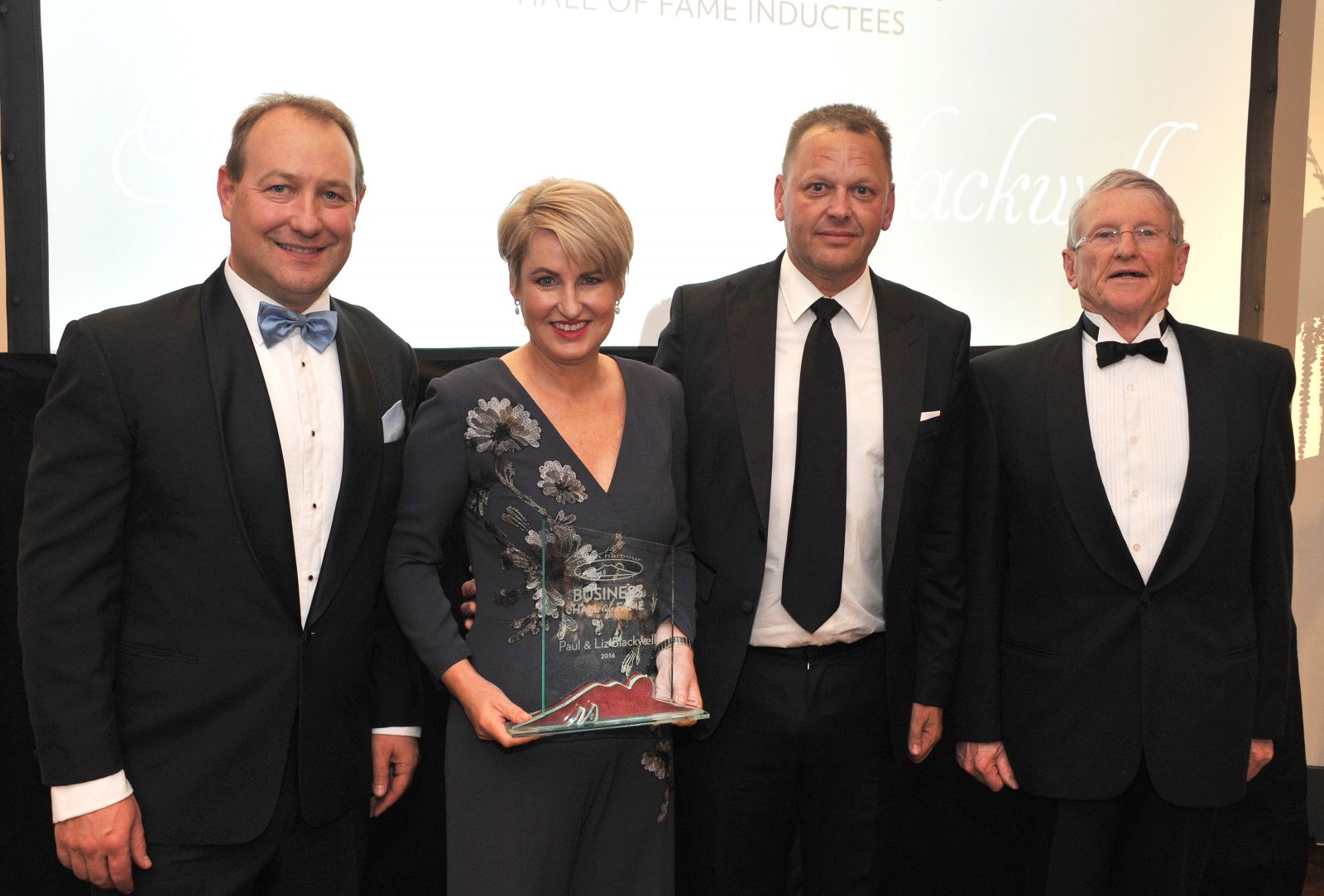